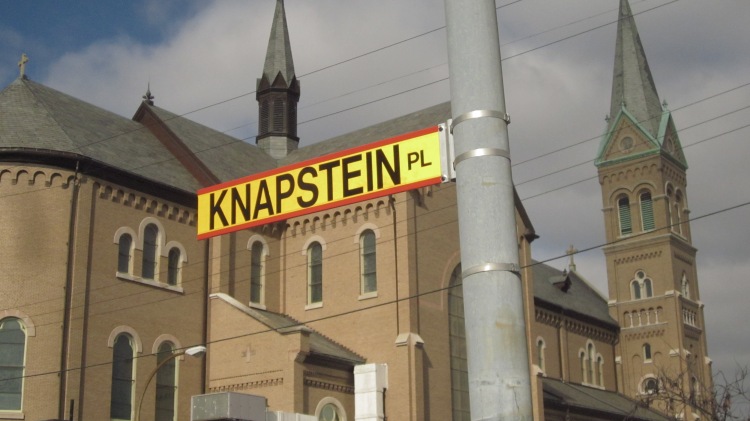 We had our first look this morning at the two street signs giving Providence Place the honorary designation of Knapstein Place. In English, German or any other language, they’re awesome.

The signs honor Frank Knapstein, a German immigrant and contractor who built throughout South St. Louis. The one-block Knapstein Place was built around 1915 or 1916 and named for Frank Knapstein. It was changed to Providence Place during the anti-German hysteria of World War I.

The German-American Heritage Society of Saint Louis and I campaigned for the honorary designation. We’re campaigning for a designation at five other streets city streets whose German names were changed during World War I.

A street department worker will come by Friday to cover the signs. They’ll be covered on Friday and unveiled in a ceremony at 9 a.m. Saturday. We hope to see you there. 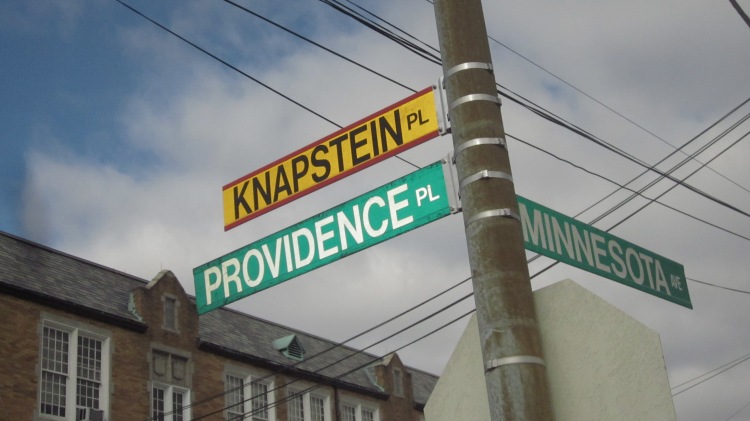