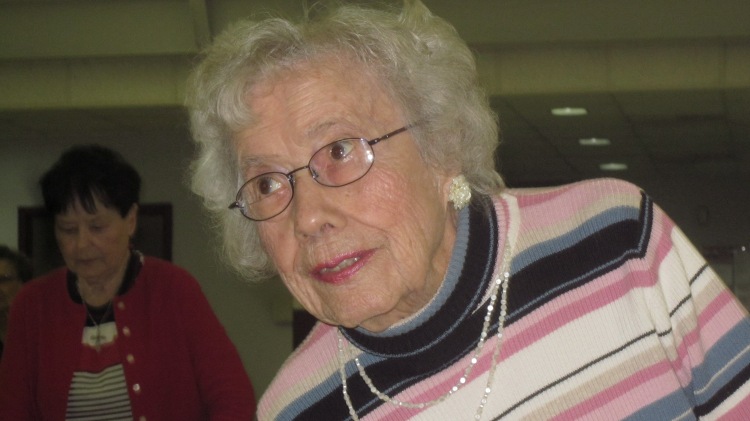 As a housewife in the late 1930s and early 1940s, Mary Tomazi got her exercise scrubbing sidewalks at her South Side home. Today, at 101, the North Hampton neighborhood resident exercises in yearly one-mile Mature Walks in Forest Park and at the St. Louis Activity Center at 5602 Arsenal Street. She’s seen a century of changes on the South Side since she was born in 1913 and remembers all the landmarks way back when. “It’s changed a lot. It’s a younger group moving in,” said Tomazi, seated at a table at the activity center. “The homes are pretty well taken care of, and I’m close to everything. I’m close to grocery stores, church, everything, I’m close to it.”

So began “No Stranger to the South Side,” about Mary Tomazi, who died on November 13. It was one of the most enjoyable chapters I wrote for the Second Edition of Hoosiers and Scrubby Dutch: St. Louis’s South Side. I encountered Mary this spring at the St. Louis Activity Center on Arsenal Street, where she kept young exercising. I decided I had to write about her.

She came to the October 19 release party for the Second Edition at the Royale on South Kingshighway and dazzled us with her energy and fun. I’m so glad I got to know her. 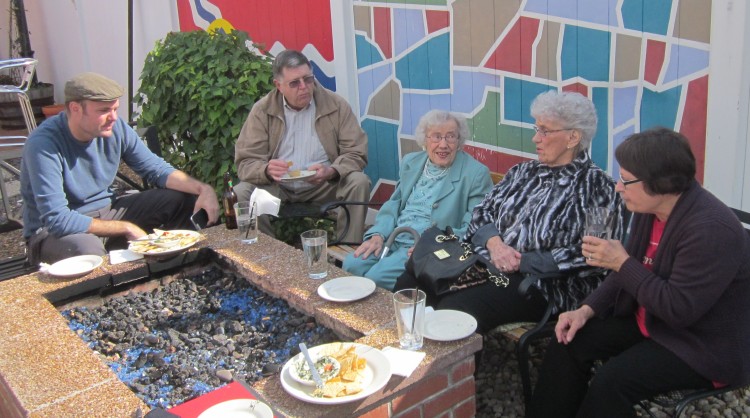 (Above) Mary Tomazi (center) at the release party for the Second Edition of Hoosiers and Scrubby Dutch: St. Louis’s South Side.