Bob Uecker bombed in six years as a Major Leaguer, but cashed in afterward by joking about it. As a movie star, comedian, late night talk show regular and Milwaukee Brewers broadcaster, he showed the comedic timing he lacked as a .200 lifetime hitter. Let’s face it. As a ballplayer, he stunk. But he had one thing going for him: he was the Cardinals’ championship tuba player in the 1964 World Series against the Yankees. For all of the above reasons, I included him in The Colorful Characters of St. Louis.

The Cardinals acquired him in a trade with the Milwaukee Braves in 1964. He played backup to Catcher Tim McCarver, who went on to be a nationally-known TV baseball announcer.

Uecker didn’t play during the 1964 World Series, but that didn’t mean he didn’t play at all. Before one home game, he noticed a lonely tuba in the left field corner. A player for a Dixieland band had left it behind while he took a break with the rest of the band. Uecker picked it up and started catching balls in it. A picture taken of him at the time shows him apparently playing the instrument. The Cardinals got a bill for the repair of a dented rim. Uecker happily paid part of it.

The Cardinals brass traded him to the Phillies at the end of 1965.  His career mercifully ended with the Atlanta Braves in 1967. “Anybody with ability can play in the big leagues,” he wrote. “To last as long as I did with the skills I had, with the numbers I produced, was a triumph of the human spirit.” 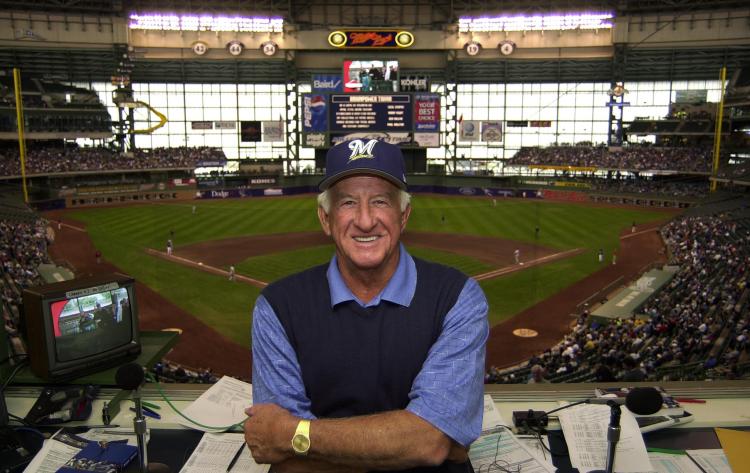