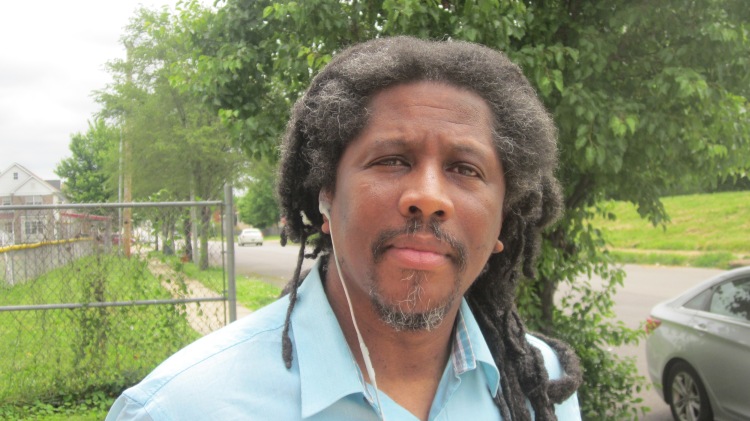 Some run from violence, but the Rev. Kenneth McKoy walked toward it. Today he spends the late night hours leading groups walking around some of the bloodiest parts of St. Louis. He  would have been safer had he remained as pastor of Blackwell Chapel African Methodist Episcopal Zion Church in Webster Groves. But God had other plans, as I tell in The Colorful Characters of St. Louis.

In 2009, a young man he knew was brutally murdered. He felt he had to do more. In 2012, he got permission to organize the Progressive African Methodist Episcopal Zion Church in a violent part of northwest St. Louis.  Since McKoy organized the church in 2012, he’s officiated at six funerals of gunshot victims. His own son was shot four times but survived.

In 2014, he found himself at protests against the shooting of Michael Brown by a Ferguson police officer. “I remember thinking how many black men have been murdered since this whole Ferguson uprising,” McKoy said. “That’s when I just decided that I’m going to dedicate the rest of my life to street ministry.” With that decision made, McKoy and some other friends from the clergy started their walks in 2015.

To make the walks safer,, they started with prayer, wore their collars, and donned bright yellow safety vests. But they weren’t completely safe. At first, McKoy received two or three death threats a week.  In their first year, McKoy estimates, the walks stopped three murders. That’s not enough to halt a crime wave, but is enough to keep him walking.