Nobody at Amalgamated Conglomerated Marketing Enterprises, Inc. (That’s ACME, but you knew that.) worked harder or smiled wider than Freddy. Why shouldn’t he, since he always lived the words of his daddy, “Work hard, treat everybody fair, and the world will beat a path to your door?”

Wouldn’t you know?  Freddy lost his job and wound up living in a box.

But he never lost his smile or his belief in his daddy’s words. As they say on the Internet, “You won’t believe what happened when Freddy refused to give up.” 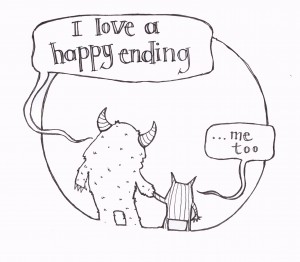 My story “Freddy: a Parable for Today” is one of the tales I’ll tell starting at 2 p.m. this Saturday, Nov. 26, at the Royale, 3132 S. Kingshighway Blvd. Take time off from your after-Thanksgiving busyness for a storytelling feast.

P.S: Copies of my books will be available for sale and signing, including my latest, The Colorful Characters of St. Louis. Yes, I take credit cards.