It’s been nearby seven years since the release party for “Hoosiers and Scrubby Dutch: St. Louis’s South Side.” I’ve had events to celebrate the publication of three more books, plus two second editions. I’m looking forward to the launch of “Growing Up St. Louis” at the St. Louis Public Library’s Central Library.  Yet in some ways, the release party for “Hoosiers and Scrubby Dutch” still is my favorite. There’s something about doing it again. But back then, the idea of writing a book was fresh. There was a certain excitement, which pictures by my friend Jerry Bielicke clearly show.  Take a gander, and see if you agree. Thanks again, Jerry! 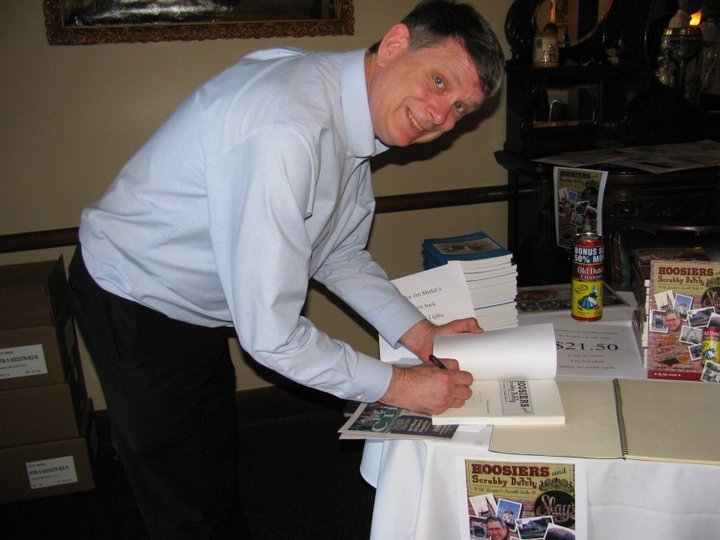