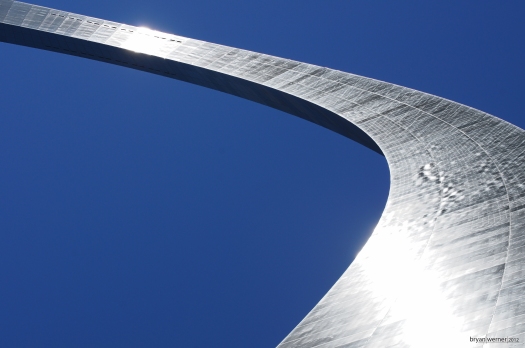 I was proud when The Making of an Icon: The Dreamers, The Schemers, and the Hard Hats Who Built the Gateway Arch went press four years ago.  Here in one place, was the whole story of the Gateway Arch from the founding of St. Louis to the present. Others agreed, and made it the go-to book about the monument. The Post-Dispatch was impressed enough to put it on its list of the 50 best books of 2014.

I would have been happy to leave it as it was. But then came the fire in November that burned Reedy’s press’ whole inventory, including all the copies of my four books. Josh Stevens at Reedy could have chosen to bring out any of those four books to update and reprint, but he picked The Making of an Icon. So I got busy and turned in my retooled second edition yesterday, March 14.  It’s much better than the first book.

I thought hard as I wrote a new chapter on how Eero Saarinen spent 14 years using math, art and his imagination to come up with the icon’s beautiful shape.  I talked to a man who rappelled down the Gateway Arch to examine the troublesome stains on its surface. I discovered the pros and cons of scrubbing them off. I considered all that’s new in the locally-funded $380 million makeover of the Arch grounds, museum and visitor center.

I pondered the new name for the federally-owned property that includes the Arch and surrounding land. The Gateway Arch National Park may correctly describe it, but may miss the intent of Luther Ely Smith, who envisioned it as a place to honor Thomas Jefferson and the westward expansion. Then I added dozens of new pictures from back in the day and now.

The finished product is the result of writing something, stewing on it for four years and then picking it up anew. It’ll be out in June, before the grand opening of the reworked Arch grounds on July 3.  Check back here for details. Then get ’em while they’re hot, and then enjoy this magnificent work of art.